It is a single-disc disc golf tournament, with two 9 hole rounds - one late in the afternoon, and the second after dinner at night. For the night round, we had LED lit baskets, and stick-on LEDs for our discs.

We had a huge turn-out, and we even had some beginners along. To encourage new players, the Perth Disc Golf Club also had loaner discs available, and special men's and women's beginner divisions. There is only one prize in each division, a golden metal mini-marker disc, with the division and year engraved on it. Very classy!

I only managed a few photos, and mainly of my group. As you can see though, it is a sport for all ages! 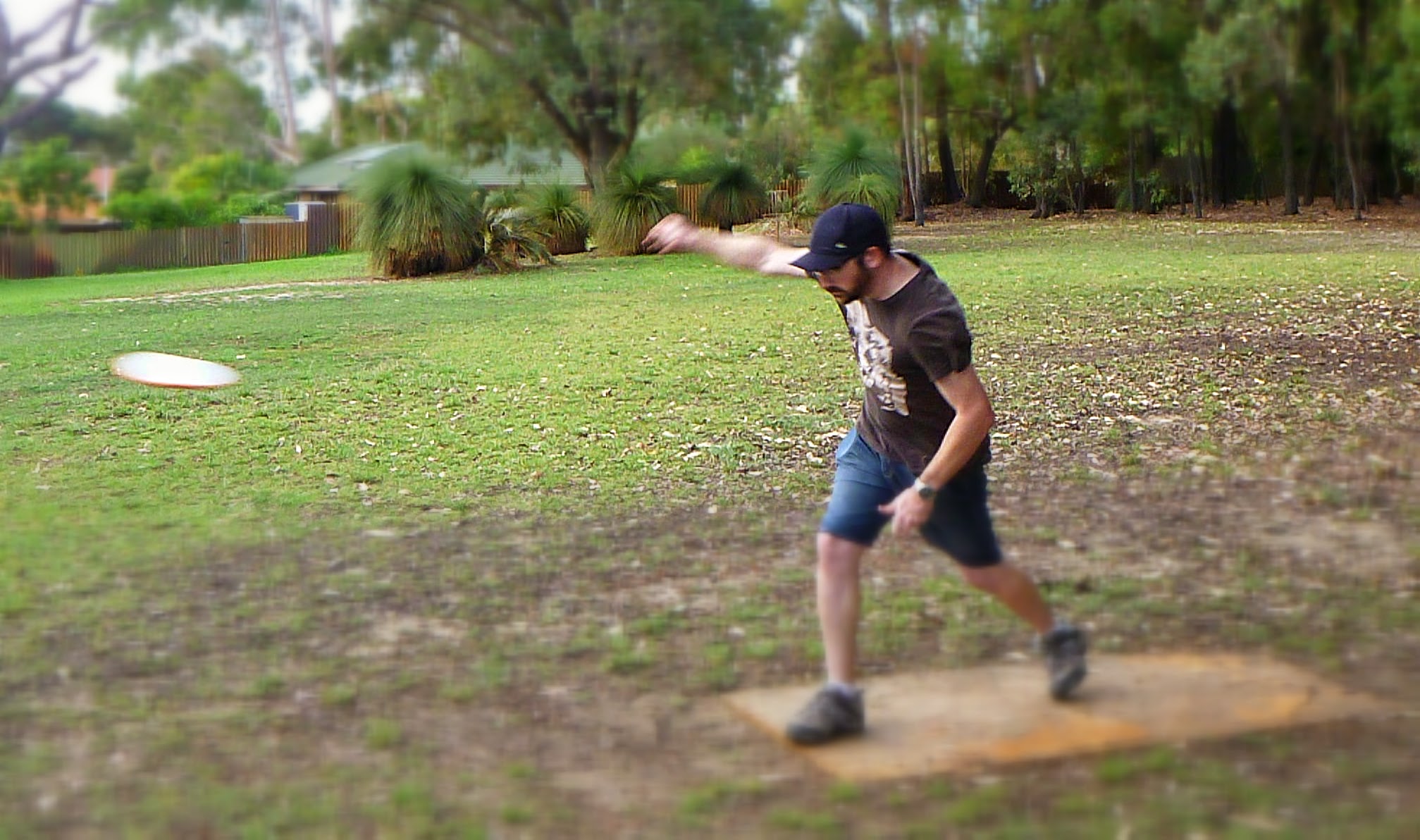 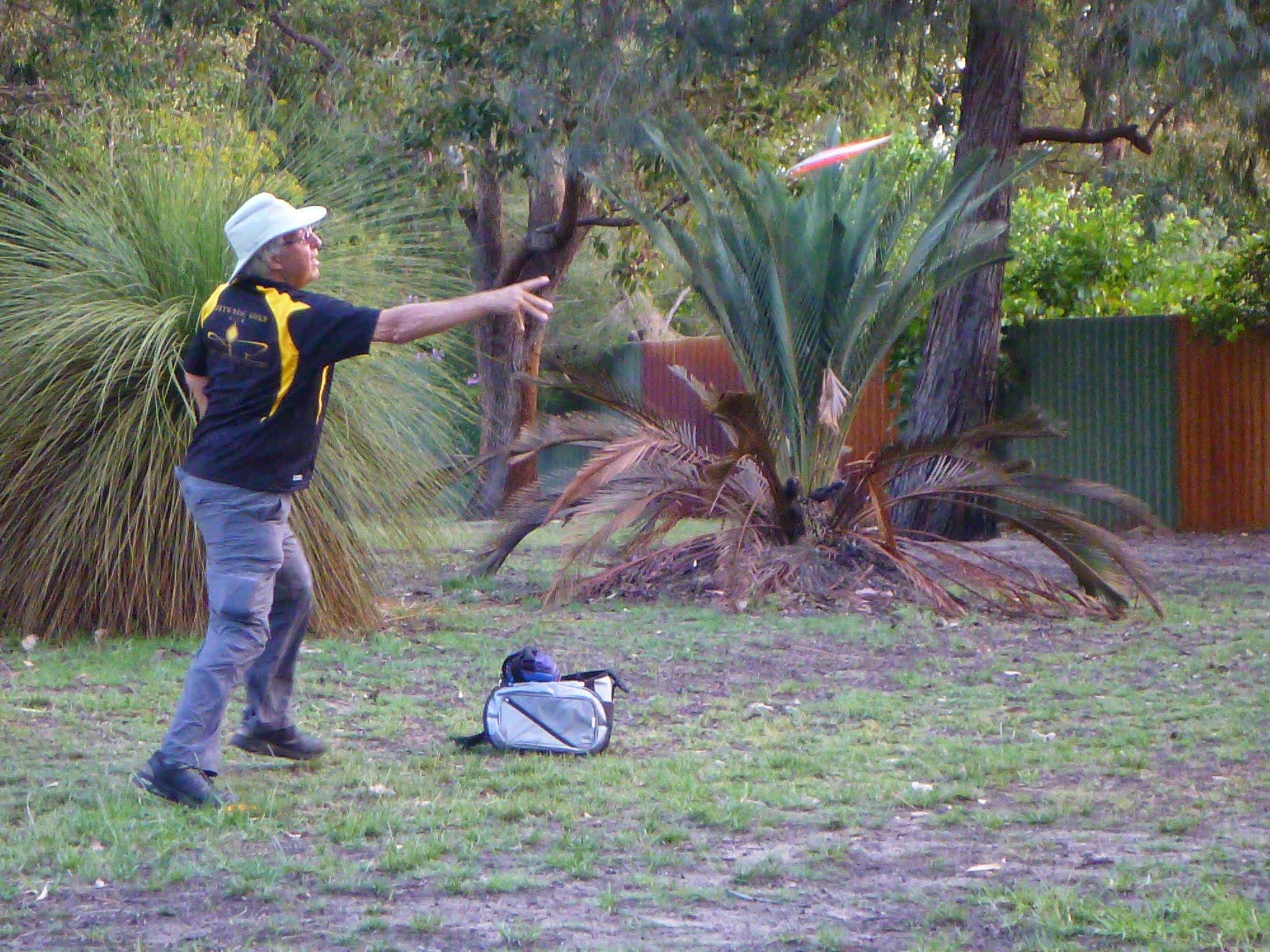