Showing posts from June, 2012
Show All

Ian Beattie and 10 others were tagged in Rob Masters's album. 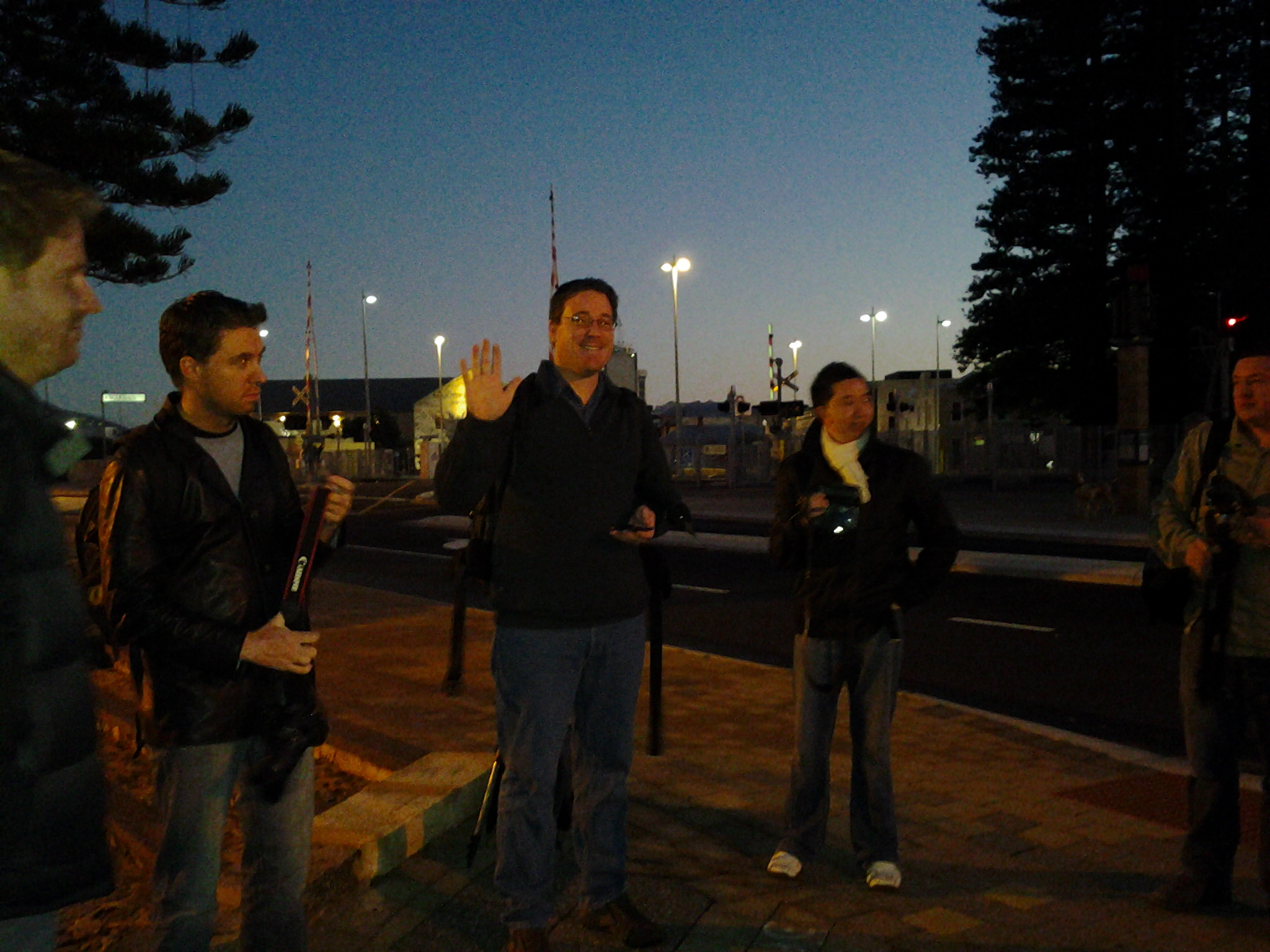 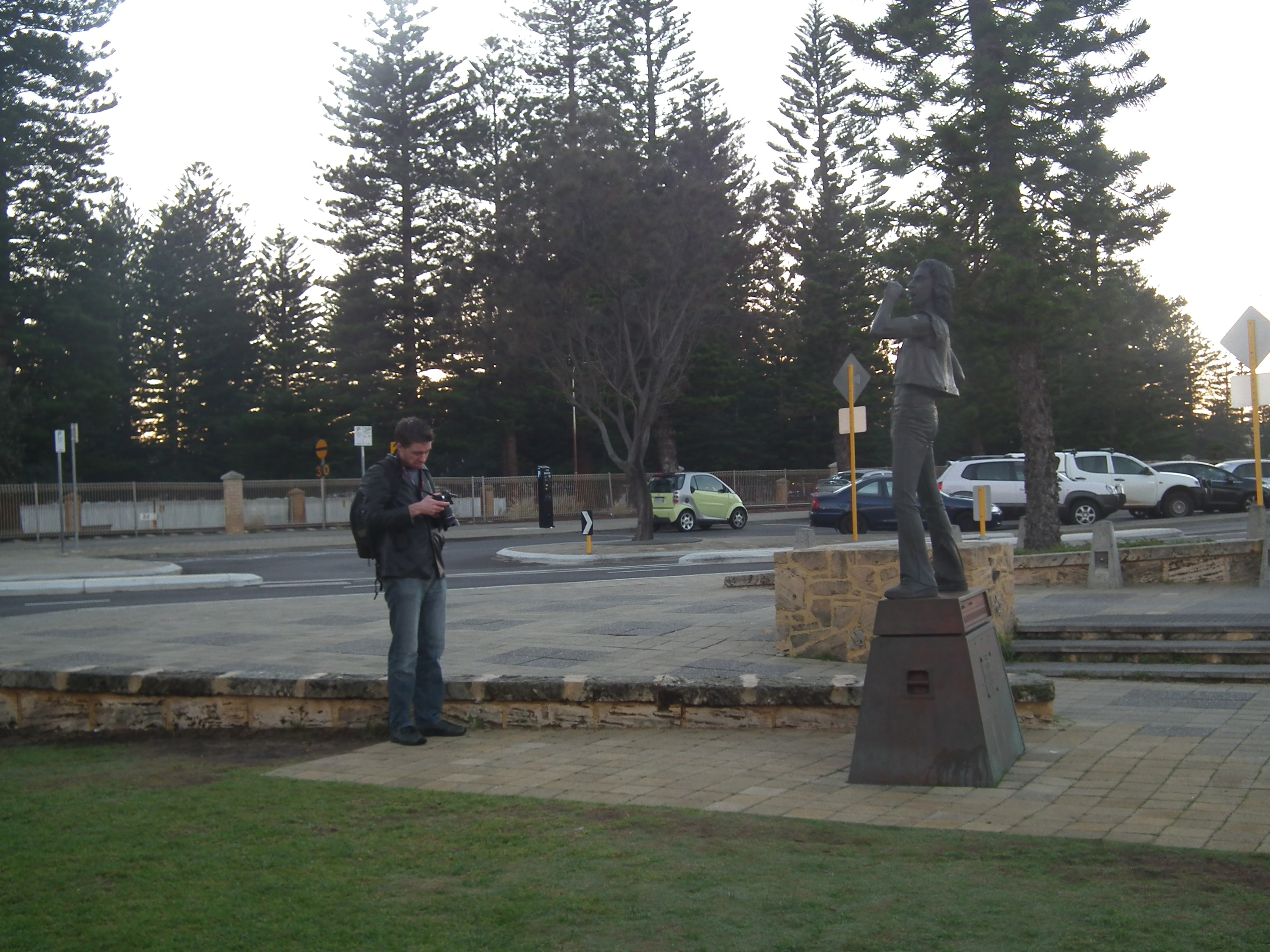 And this is the truth of the matter.

June 29, 2012
And this is the truth of the matter. Welcome them, treat them as they are - people seeking refuge from the horror that their homes have become, teach them, help them, and they will help grow this great land in return. http://www.watoday.com.au/wa-news/trust-me-you-would-do-whatever-it-took-to-flee-20120629-216lm.html
Post a Comment
Read more

Damn, I want one now!

Leece and I are going - it should be fun! All are welcome, no matter what sort of camera you have!

June 28, 2012
Leece and I are going - it should be fun! All are welcome, no matter what sort of camera you have! Originally shared by Paul Pichugin Leigh Diprose and myself will be hosting a photo walk around Fremantle, Perth, Western Australia in celebration of the 1 year anniversary of Google+   The Event: Sunrise is at 7.17am. The main photography shoot will be around Fremantle Boat Harbour at sunrise followed by a walk into the City of Fremantle capturing some of the old buildings. We will then finish at 9am for breakfast at The Attic in Fremantle (Bannister Road, Fremantle) were we can sort through photos, mingle and enjoy great food and coffee. I'd like for us to try out the new feature with events where we can all post photos straight from our phones to the event too! Would love to get a bit of exposure for our event from Google Australia and maybe Vic Gundotra and Brian Rose?  events/cfbh20a3vt2r1f83u4a71l6plho
Post a Comment
Read more

I'm appalled. By both countries.

All hail the nano-wales, the norris, and the hilton! I, for one, welcome our new unit overlords!

June 23, 2012
All hail the nano-wales, the norris, and the hilton! I, for one, welcome our new unit overlords! http://www.youtube.com/watch?v=Qrx_mgd9RV4
Post a Comment
Read more
June 22, 2012
Today's observation: Nothing quite brings out the kook like amateur linguistics.
3 comments
Read more

You keep using that word...

Not so stupid some of them!

Not so stupid some of them! Originally shared by Mike Elgan Stupid hangout tricks! Google+ Hangouts is the best communication tool since email. But it can also be abused.  I'll tell you how.  Here are my six best stupid tricks for using Google+ Hangouts for purposes never intended:  http://www.datamation.com/networks/stupid-google-hangout-tricks-1.html * * *
7 comments
Read more

(Copied from the original thread)

(Copied from the original thread) I have a number of friends who like to criticise Google (and G+ in particular) because you don't always get it right. My constant counter is that you at least get it less wrong, most of the time. Yes, there are things that the Big G does that I disagree with - but you never try to tell me 'that it is for my own good' - you tell me 'we think this way is better because...' or 'we think this can help you - try it out'. And you do listen to feedback. It might take a while to be acted on, but it does get acted on. And sometimes you get it wrong. Which is human. Even with the brightest, most caring people in the world, you will not get it completely right all the time. But you will get it wrong less often. Which is better than most, and the best we, as fallible human beings can strive for.﻿ Originally shared by Vincent Mo The heart of a Googler I was thinking about the lively conversation going on in my post about  http://googleon
2 comments
Read more

The Perth even is for 7am at the Fishing Boat Harbour in Freo...

Here's an update on this year's Ace Race - the 10th anniversary of the event.

June 20, 2012
Originally shared by Perth Disc Golf Ace Race 2012 Here's an update on this year's Ace Race - the 10th anniversary of the event. Leece and I have now laid out the course at Perry Lakes - and it should be a fun one, with an extra special hole 18 planned. There will be a slight format change from last year; this year we are going with a rolling start, so as soon as a group of four or five arrive and collect their packs they can start playing from hole 1. The course will be open from 10am to 2pm, on August 4th. We have also managed to arrange a second major prize, so you now have two big prizes to aim for, and a multitude of minor prizes including discs, minis and more. Lastly, rumours have surfaced that this year's disc will be a driver - if this is true, then it will be the first one in five years! The last time a driver appeared in the Ace Race it became the amazingly versatile Impact. As for the rest of the player's pack? Still a mystery. We will be ordering player pac
Post a Comment
Read more

Incidentally, The Oatmeal has now raised over 180000USD for charity over this... Go fans of The Oatmeal!

June 19, 2012
Incidentally, The Oatmeal has now raised over 180000USD for charity over this... Go fans of The Oatmeal! http://theoatmeal.com/blog/carreon
4 comments
Read more

Original caption: "Kill it with fire"!

Kogan continues to be ... inventive. In a good cause, for once.

Kogan continues to be ... inventive. In a good cause, for once. Originally shared by Malte Ubl This is the best idea I have seen in 2012 http://www.lifehacker.com.au/2012/06/kogan-imposing-tax-on-shoppers-who-use-ie7/
6 comments
Read more

A great editorial piece about the differences between the ABC and The Australian.

June 14, 2012
A great editorial piece about the differences between the ABC and The Australian. Farvourite line? "But firstly, let me deal with at least one of many misunderstandings about the ABC that exist at The Australian. It recently gave me and other leaders at the ABC several thousand words of free advice on the subject of groupthink. Now, free advice is often worth what you pay for it, but nevertheless I paid attention to The Australian, if only because I have always been happy to listen to experts speaking authoritatively in their field." Bonus points for a Tom Lehrer reference, and offering to purchase broadcasting rights to The Australian's daily internal editorial conferences. http://www.abc.net.au/news/2012-06-14/scott-journalism/4068996
Post a Comment
Read more

An interesting proposal about how to handle censored web-sites.

June 14, 2012
An interesting proposal about how to handle censored web-sites. And yes, the propsal does raise the likelyhood that some groups will not use it, so as to hide the fact that the site is being censored... https://tools.ietf.org/html/draft-tbray-http-legally-restricted-status-00
Post a Comment
Read more

New particle by me on the Register:

Imagine a sea that mostly isn't, and what the inhabitants of an island in it would do.

June 08, 2012
Imagine a sea that mostly isn't, and what the inhabitants of an island in it would do... Texel is an island in the Frisian group, where the huge tidal flats gather much of the debris from the North Sea. http://www.vimeo.com/24559956
Post a Comment
Read more

Cory makes a great point about the difference between book publishing and all the other media industries.

June 03, 2012
Cory makes a great point about the difference between book publishing and all the other media industries. They actually play nice, by and large, and the big difference within in the industry is that some play nicer than others. This means that the primary moral justification for piracy (the artists don't get the money anyway) is nobbled in the book world. They just need to sell that a bit better. http://www.publishersweekly.com/pw/by-topic/columns-and-blogs/cory-doctorow/article/52199-publishing--s-virtue.html
1 comment
Read more

Great footage, even if they missed the actual splash-down.

June 02, 2012
Great footage, even if they missed the actual splash-down. Originally shared by SpaceX New video from NASA shows Dragon's Splashdown as seen from a chase plane.  http://www.youtube.com/watch?v=nbHj4P81voA
Post a Comment
Read more

Oracle vs Google - Judge Alsup rules that APIs are not copyrightable!

June 01, 2012
Oracle vs Google - Judge Alsup rules that APIs are not copyrightable! Not only that, but he has done so in a way that makes a successful appeal very unlikely. Woo! http://www.groklaw.net/article.php?story=20120531172522459
Post a Comment
Read more

Dragon is safely down! Go SpaceX!

Dragon is safely down! Go SpaceX! Originally shared by NASA From SpaceX First picture of ‪#Dragon‬ in the ocean as it awaits recovery...
Post a Comment
Read more
More posts