Showing posts from October, 2019
Show All

SFF Music Video of the Week #11

This week let's go to Japan, and an instrumental dance track " 自主制作アニメーション『the TV show』" (2009) , directed by  SUGIMOTO Kousuke and music by MANABE Takayuki . The music is frantic synth - almost chiptune - with an accelerating beat. The video is something special. After a test pattern opening we see a videowall with (presumably) Manabe and Sugimoto at the controls. We then dive into the video stream an see each screen from the wall as videos nested inside each other... until the fourth wall fractures and one of the videos breaks into another. After that, things get complicated, but helpfully colour-coded for your convenience. Featuring tropes from almost every genre of TV, and the chaos caused by the genre boundaries melding, it is a sight to behold. A visit to Sugimoto's site has dozens more of his animations - all quite amazing! https://sugimotokosuke.com/contents/works.html
1 comment
Read more

SFF Music Video of the Week #10

It is my birthday week, so I'm celebrating with a big one this week. I could not post just one of these, so here is the 2003 album "Discovery" by Daft Punk, animated by Leiji Matsumoto (of Star Blazers/Space Battle Ship Yamato and Captain Harlock fame) into the epic "Interstella 5555 : The 5tory of the 5ecret 5tar 5ystem ". Turning a basic post-disco electronic/house dance album into a concept album is one of the most amazing things I've seen. Taken by itself, Discovery is danceable, but really not that special. Wrapping it up in Matsumoto's signature "enough style, and who needs content" mien was an act of genius. I would argue that his  approach is uniquely suited to music videos - even more so than his more complex works.          Wikipedia has something to say about the ending that I disagree with. [spoilers - highlight to read] Wikipedia: " At the end, it is implied that the whole story was the dream of a young boy, inspi
Post a Comment
Read more

26th Scavenger Hunt - my entries, and the reveal albums 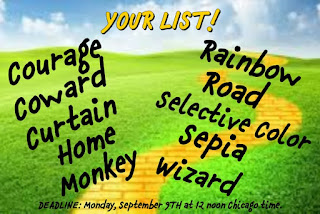 Well, the latest scavenger hunt has had the reveals announced, so I can share my entries at last. First - the list: And then my entries, in order (or view them in an album ): All bar one of my entries feature models from the game Wings of Glory - a WW1 dogfighting game.
Post a Comment
Read more

SFF Music Video of the Week #9

Indie 'cuddlecore' band Seasons did an album for each season, and this is from 2011's "Winter" and is titled "...of Our Discontent". I'd just like to say that the boyfriend is a complete spleenweasel. Dr Macher is not much better. As a bonus - the Dr Macher's De-Speakering Services ad.
Post a Comment
Read more

SFF Music Video of the Week #8