Showing posts from April, 2014
Show All

These guys have a stunning sound to them!

April 30, 2014
These guys have a stunning sound to them! Originally shared by Alicia Smith Beautiful sound. The band has a kickstarter going too. https://www.kickstarter.com/projects/arstidir/arstiir-music-from-the-heart-of-iceland-our-third http://thechive.com/2014/04/28/an-800-year-old-icelandic-hymn-just-chilled-me-the-hell-out-video/
1 comment
Read more

A bit of a paradigm shift for Google here!

A bit of a paradigm shift for Google here! Originally shared by null Today I'm excited to show off a Google POWER8 server motherboard in the OpenPOWER booth at the Impact 2014 conference in Las Vegas.  We're always looking to deliver the highest quality of service for our users, and so we built this server to port our software stack to POWER (which turned out to be easier than expected, thanks in part to the liitle-endian support in P8). A real server platform is also critical for detailed performance measurements and continuous optimizations, and to integrate and test the ongoing advances that become available through OpenPOWER and the extended OpenPOWER community. (Google, IBM and others formed the OpenPOWER Foundation, a non-profit organization dedicated to developing an open ecosystem.
Post a Comment
Read more

A collection of photos from Swancon 39, 2014, at the Ibis Styles Perth. A collection of photos from Swancon 39, 2014, at the Ibis Styles Perth.  Mostly from the gaming room and the masquerade.  #swancon   #sailsofglory    #ogre
4 comments
Read more

April 26, 2014
Sign or not as you see fit. With the arrogance of the current government, it probably will not help, but I think we must try. https://www.getup.org.au/protectmedicare?referring_service=google_plusone_share#.U1sqTvrV4FU.google_plusone_share
2 comments
Read more

Perth City from Mt Eliza. A classic subject for anyone in Perth, but always fun.

Perth City from Mt Eliza. A classic subject for anyone in Perth, but always fun.
2 comments
Read more

#WeeklyPhotoProject2014  Weekly Photo Project 2014  curated by Thomas Gillingham , Maurice Loy  , Samantha OBrien , Navin Upendran , Andrew Dobrucki , Bernhard Rembold , Robyn King , Francesco Scaglioni ,  ben wong Week 16 : Simplicity The War Memorial, Mt Eliza, Perth, Western Australia. ANZAC Day eve. They shall not grow old, as we that are left grow old: Age shall not weary them, nor the years condemn. At the going down of the sun and in the morning, We will remember them. Lest we forget
7 comments
Read more

And people wonder why I'm scared of spiders...

Every year for the past 25 years, I have attended Swancon, the Western Australian state science-fiction convention.

Every year for the past 25 years, I have attended Swancon, the Western Australian state science-fiction convention. It is, by the scale of things, quite small, despite being the oldest convention in WA (maybe even Australia), with 200-300 people attending. It does, however have a huge strength of community.  Being a keen board gamer, I spend a lot of time in the gaming room - often-times even missing the opening and closing ceremonies, because, well, one more game! :-D The most humbling and astonishing thing to happen at Swancon this year, for me, was to discover that I had been awarded The Mikey for this year. Mikey O'Brien was a wonderful friend, and a fantastic gamer, who lost his battle with cancer a couple of years ago. This award remembers his passion for gaming, and his enthusiasm for introducing games to others. To be awarded it is an honour beyond my ability to put into words. #swancon
4 comments
Read more

A great question, and at the original posting, an extraordinary discussion.

A great question, and at the original posting, an extraordinary discussion. I can see several papers coming out of this. Originally shared by Yonatan Zunger A CS question that I don't know the answer to A conversation on another thread raised an interesting question about computers that I can't figure out the answer to: Is judging a Turing Test easier than, harder than, or equivalently hard to passing a Turing Test? I figured I would throw this question out to the various computer scientists in the audience, since the answer isn't at all clear to me -- a Turing Test-passer doesn't seem to automatically be convertible into a Turing Test-judger or vice-versa -- and for the rest of you, I'll give some of the backstory of what this question means. So, what's a Turing Test? The Turing Test was a method proposed by Alan Turing (one of the founders of computer science) to determine if something had a human-equivalent intelligence or not. In this test, a judge tries to
Post a Comment
Read more

April 16, 2014
... I cannot really expand on this... Originally shared by Liz Quilty Dear Internet, Stop assuming that everyone is in the USA. This means when you write articles like 'Google Glass is available to everyone today!' - its not, its only available to the USA. When you  do things like 'Its Pi Day!' or  'its Palindrome week!' - again, its not, its only in the USA where the date format is backwards. When you have a hangout, meeting, or request work online. When somebody asks your time zone, please be specific  - 'east coast' is not a timezone, neither is 'Pacific' (I live in the pacific!) Even saying 'CST' can be anything from -6 to +8 hours since there are multiple time zones using that abbreviation ( http://www.timeanddate.com/library/abbreviations/timezones/ ) Yours Sincerely Annoyed and needing coffee
3 comments
Read more

Hat-tip to Wade Aaron Inganamort for spotting this absolute gem of an Onion story.

April 16, 2014
Hat-tip to Wade Aaron Inganamort for spotting this absolute gem of an Onion story. Originally shared by The Onion http://onion.com/1qYyldy
Post a Comment
Read more

April 15, 2014
A rare exciting story about advanced passive prosthetics. They are not hugely pretty, but they work , and are user-repairable and replaceable. http://www.cnn.com/2014/04/14/tech/innovation/carpenter-fingers-robohand-3-d/index.html?sr=sharebar_google
Post a Comment
Read more
April 15, 2014
Edward Snowden on the Guardian and Washington Post winning the Pulitzer for Public Service.
Post a Comment
Read more

#WeeklyPhotoProject2014  Weekly Photo Project 2014  curated by Thomas Gillingham , Maurice Loy  , +1011195681176460413 84 , Navin Upendran , Andrew Dobrucki , Bernhard Rembold , Robyn King , Francesco Scaglioni ,  ben wong Week 15 : SOOC Bathurst Point Lighthouse, Rottnest Island. 30 second exposure. The glow in the background is from the lights of Perth, 16km away. Part of a series I took as an exercise in stacking, this one stood by itself.
5 comments
Read more

April 13, 2014
Hurm. I suspect this is just as valid in Australian politics. And that I'm just as guilty of the same sort of prejudice. Originally shared by Eric Schmidt Fascinating article on why science and analytical thinking are not working in our politics. http://www.vox.com/2014/4/6/5556462/brain-dead-how-politics-makes-us-stupid http://www.vox.com/2014/4/6/5556462/brain-dead-how-politics-makes-us-stupid
Post a Comment
Read more 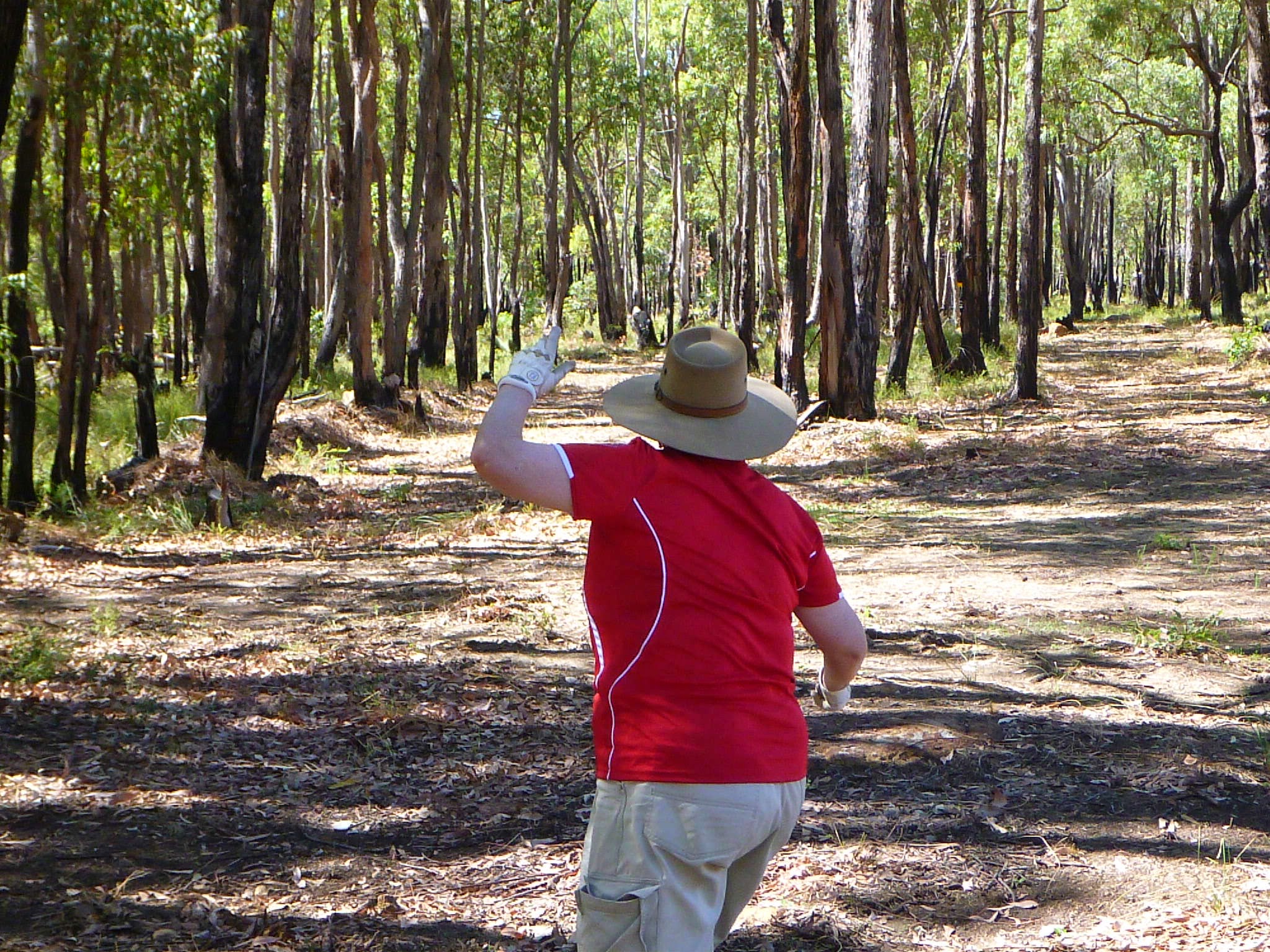