Showing posts from August, 2013
Show All

August 29, 2013
More fun with Amazon :) The review by someone claiming to be George Takei is gold, but it is only one of many priceless bits of creative reviewing. http://www.amazon.com/Denon-AKDL1-Dedicated-Link-Cable/product-reviews/B000I1X6PM/ref=cm_cr_dp_see_all_summary?ie=UTF8&showViewpoints=1&sortBy=byRankDescending
Post a Comment
Read more 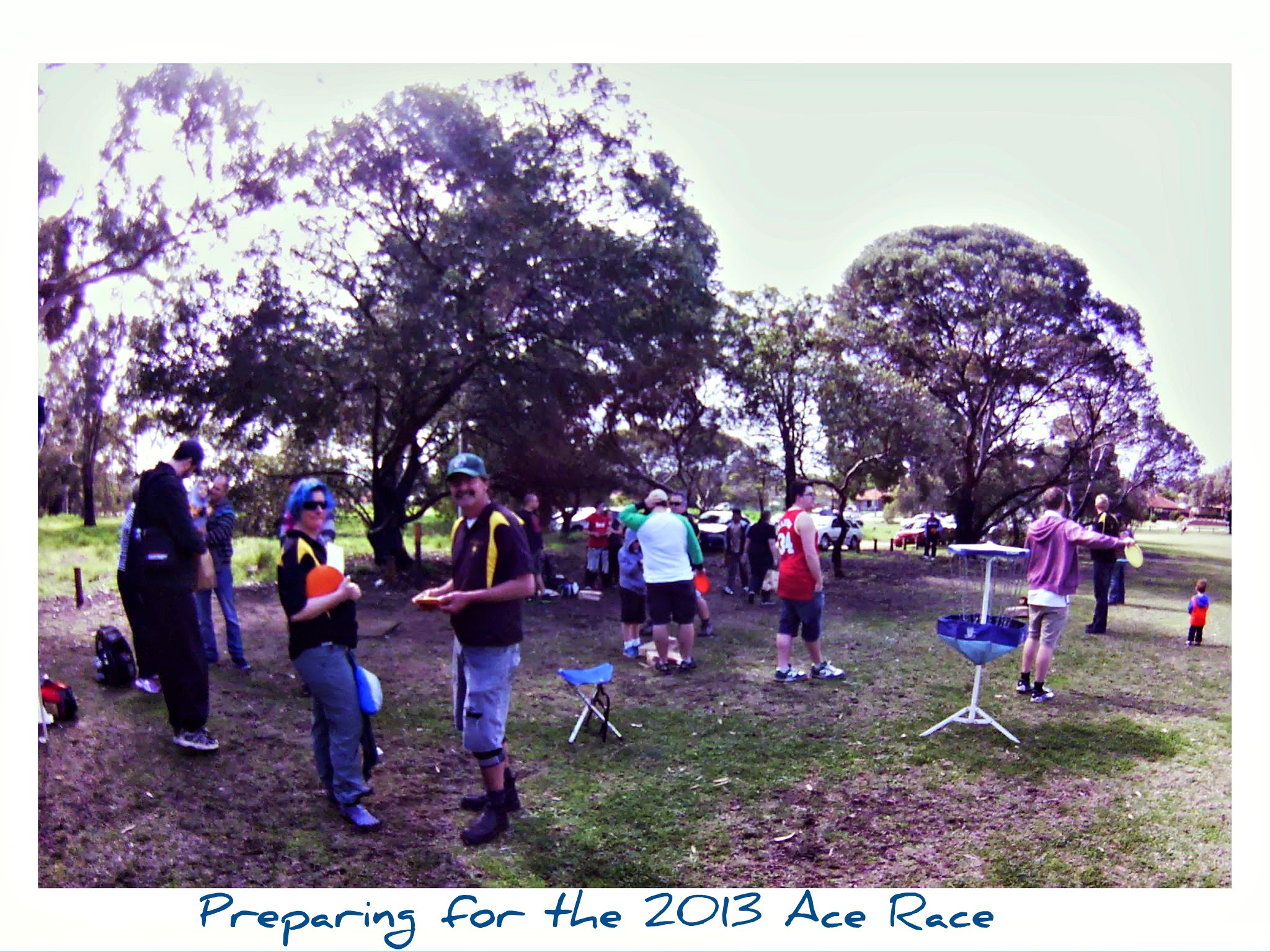 Last Saturday saw the Perth Disc Golf Club hold their edition of the Discraft Ace Race for 2013. Strong gusty winds made for challenging play, and aces (or even metals) were few and far between, with many heartbreakingly close near-misses. Despite this, it everyone had fun, and we had a good number of new players along, one of whom scored a metal hit on their very last throw of the day - which really made the event for them!
1 comment
Read more

Last Saturday the PDGC held their edition of the annual Discraft Ace Race at the Rob Hancock Memorial Disc Golf... 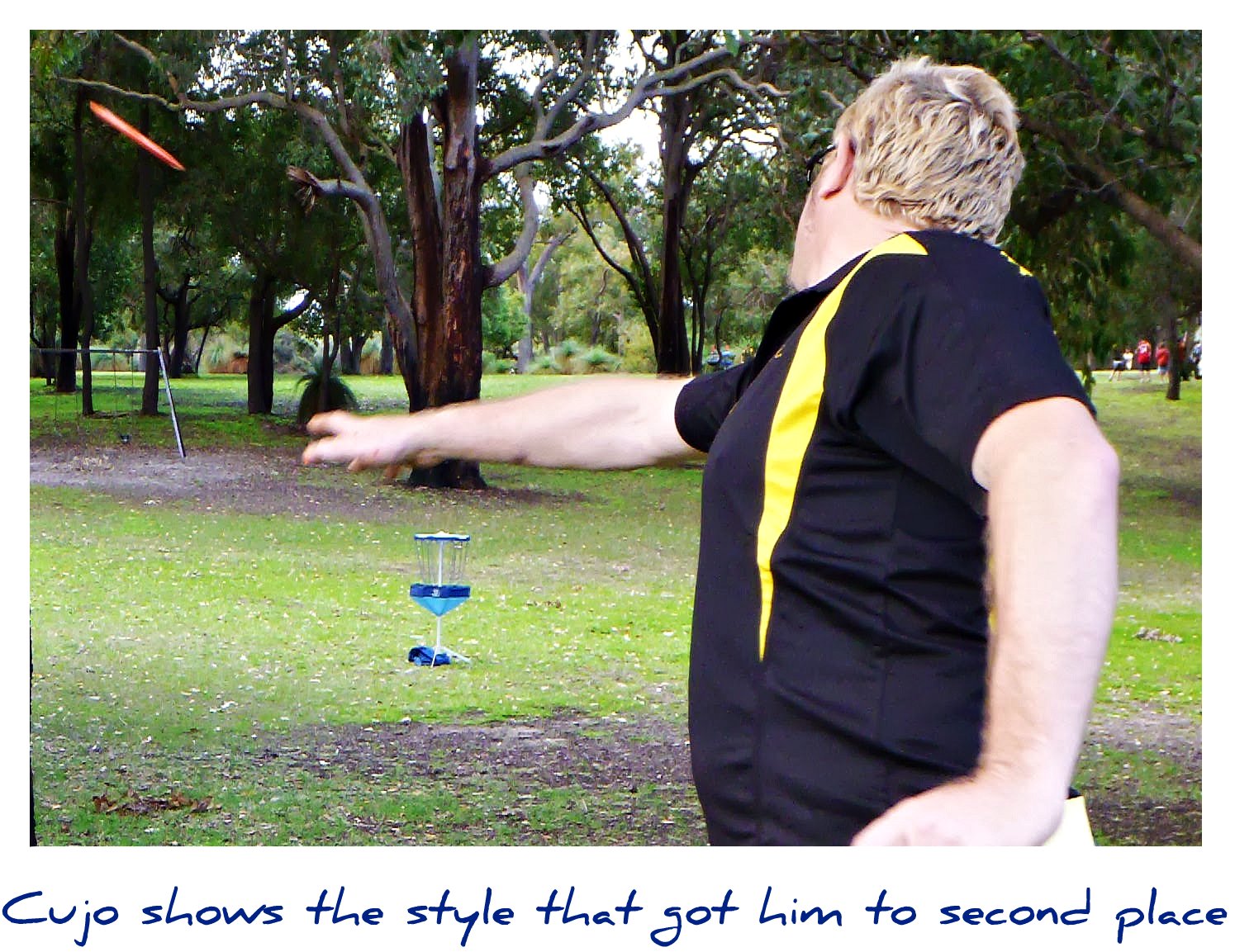 Last Saturday the PDGC held their edition of the annual Discraft Ace Race at the Rob Hancock Memorial Disc Golf Course. Here are some highlights.
Post a Comment
Read more

August 19, 2013
Warning: Christian content/ranting ahead I've been silent on this issue for far too long, but this video helped solidify some of the thoughts I've had. I am a conservative Christian, but today I am coming out in favor of fairness ordinances for LGBT people like the one passed in this small town. This video got me in the feels, it really did. I know it was meant to be mostly humorous, but there is a lot of truth to it. And I want to take a moment to address some of the things in here, from a Christian perspective. First of all, the pastor is a bigot. But he's quoting the party line, so he doesn't think he's a bigot. At one point he says, "Homosexuals are sinners, and without Jesus they're going to hell." He's heartbreakingly close, but he's missing it. The Bible says that all people are sinners. "All have sinned and fall short of the glory of God." God doesn't really discriminate on that point, right? So here's the question: W
Post a Comment
Read more

Spys are better than us, right? And the spy bosses know what is really going on, right?

August 16, 2013
Spys are better than us, right? And the spy bosses know what is really going on, right? Wrong. Oh, so very, very wrong.... http://www.bbc.co.uk/blogs/adamcurtis/posts/BUGGER
1 comment
Read more

h/t to Wade Aaron Inganamort for this one!

h/t to Wade Aaron Inganamort for this one! Originally shared by Bruno “btco” Oliveira Buttons that inevitably come to geek's mind when reading posts... (co-authored with my favorite geek Andrea Cornaglia)
Post a Comment
Read more

Wonderfully detailed instructions from the creator of the Jupiter Cake and the Earth Cake.

August 09, 2013
Wonderfully detailed instructions from the creator of the Jupiter Cake and the Earth Cake. http://cakecrumbs.me/2013/08/01/spherical-concentric-layer-cake-tutorial/
Post a Comment
Read more

We're getting better at this...

August 09, 2013
We're getting better at this... Mind you, this is still at stage 1 clinical trials. Wider trials and mass production issues still need to be addressed. http://gizmodo.com/scientists-have-created-a-malaria-vaccine-thats-100-e-1069393748
2 comments
Read more

...and a complete video of the XKCD ultra-slow animation 'Time'.

Au Revoir Simone have a new album and video out! Yay!