This is a replica fossil of a Diprotodon that I installed in one of my playground upgrade projects last year. The replica is buried in the sandpit so as the kids dig they begin to uncover the life sized skeleton of the Diprotodon (also known as the giant wombat).

Diprotodons have been found across mainland Australia and the largest fossils found have been about 3m from nose to tail, standing about 2m tall. 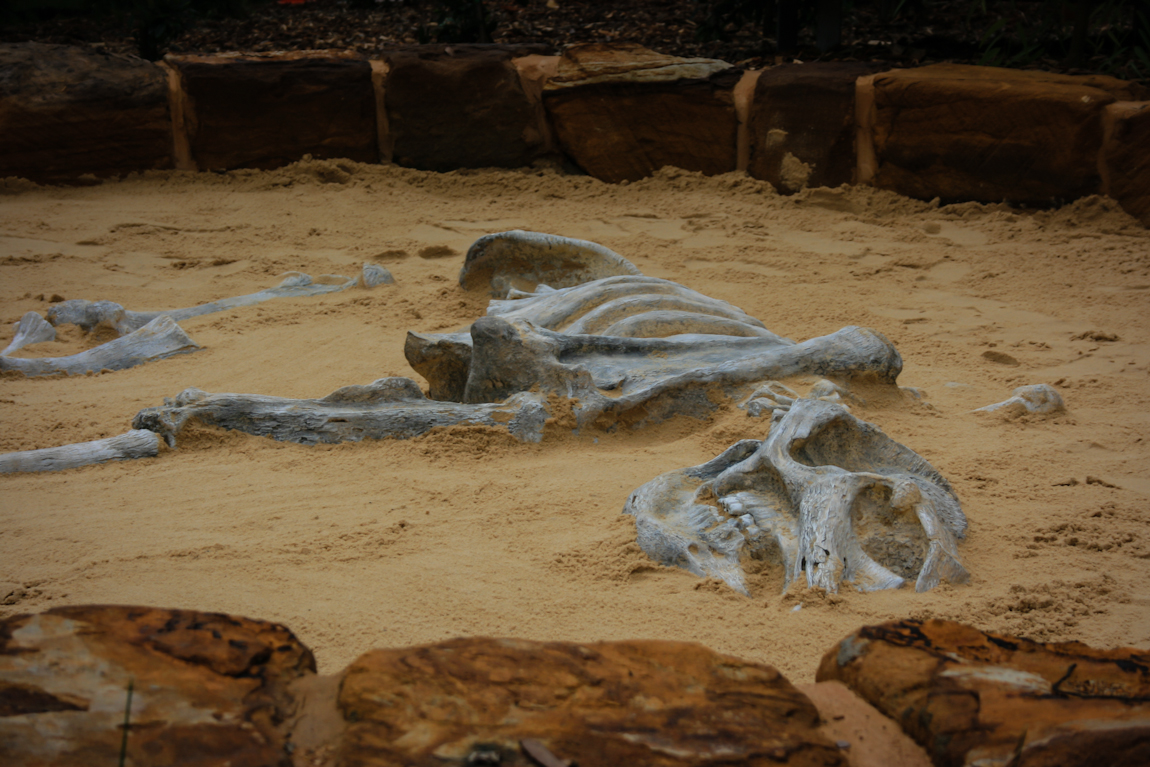