September 21, 2019
Last night we went to see Scott Bradley's Post Modern Jukebox for the fourth time. And for the fifth time in Perth, it was a sellout show.  Anyone who has been to one of their performances would not be surprised by this.

The tour group conisists of five singers, five musicians, a tap-dancer, and a phenomenal grasp of every musical style known. The greater collective runs to ... it must be nearly a hundred performers. 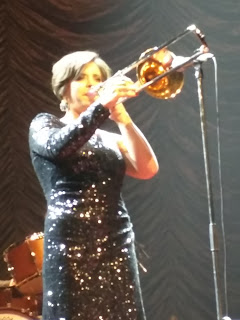 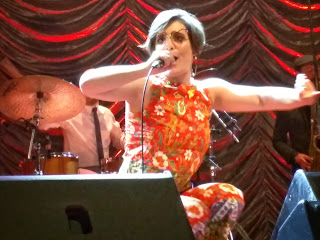 The irrepressible and multi-talented Aubrey Logan on her first visit to Perth. Possesses a wicked sense of humour, an amazing vocal range, and killer trombone skills. Steaming her way through Taylor Smith's "Bad Blood", and rocking out in full 60's style for The Red Hot Chilli Peppers' "Give it Away". 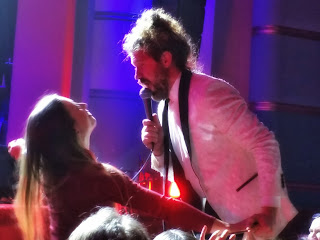 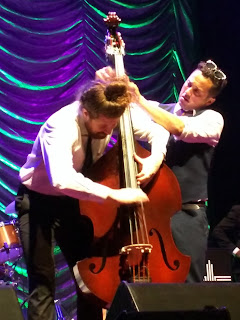 The unstoppable Casey Abrams, on a return visit to Perth (his third, I think), shown on the right with Adam Kubota (bass, bass guitar, musical director, and tour band leader). This is the man who took Toto's "Africa" and made it his own. Not to mention his contribution to "All About the Bass"! 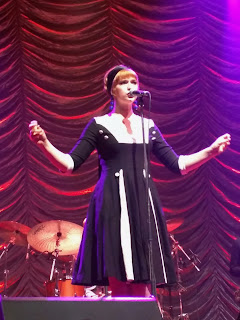 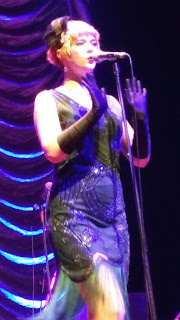 Hannah Gill, on her second visit to Perth. Sassy, cheeky, and with an exquisite voice. She brought the second Australian song to be covered by PMJ to the stage - "Are You Going to be My Girl", by Jet. 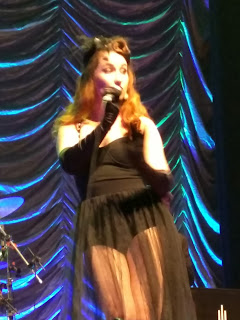 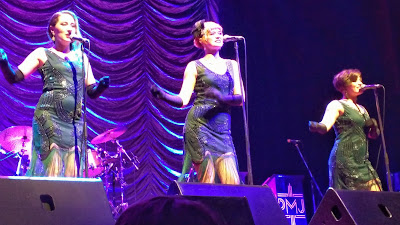 Robyn Adele Anderson has been to Perth at least twice before - and this time around showed why she is a staple of the group. Again, an amazing voice, and incredible stage presence. She owns "Fancy". 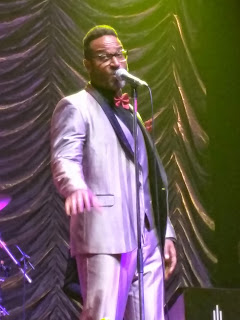 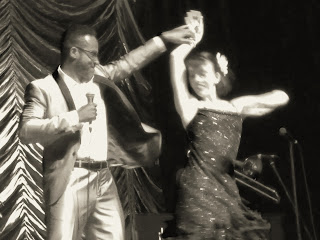 Newcomer David Simmons Jr, he of the delicious voice, crooned Keane's "Somewhere Only We Know". Joining PMJ after a YouTube audition with a hairbrush (!), he is a pleasure to hear and see on stage. 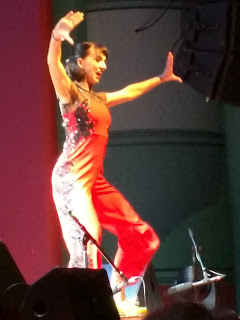 Demi Remick was this year's tap dancer - and a who lot of other dance as well! Tap dancing is amazing to watch, and often very sexy. Bringing comedy to a tap routine, on the other hand (err, foot?) takes it to a whole new level. Demi pulls off both, and in several songs managed to both smoulder and make the audience laugh at the same time. Her "Mario" sequence was hilarious.

And there's the front cast having a ball with "All About the Bass". 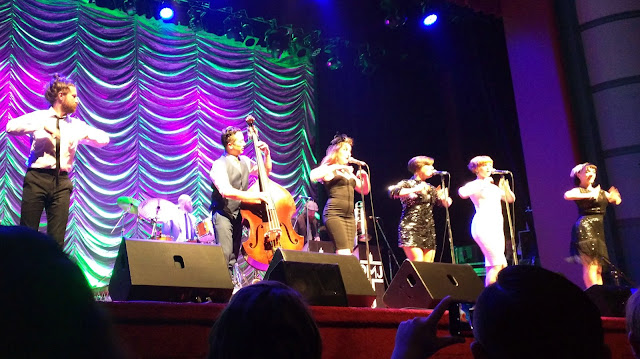 Providing the stunning music to bring it all together, we had Adam Kubota (seen above with the singers), the trombone skills of PJ Floyd, the woodwinds of Jeremy Viner (both below),  the piano skills of Reggie Berg, and Tom Jorgenson on drums. 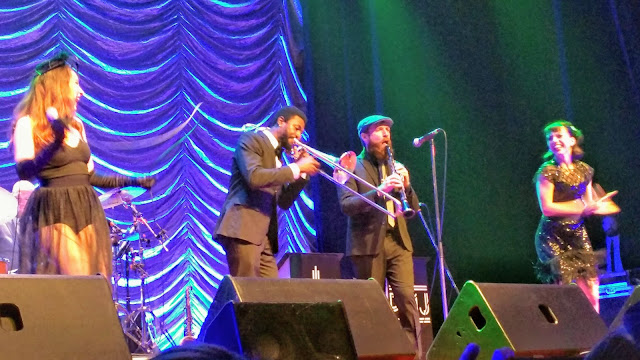 As always, an astounding show, and well worth the ticket price.